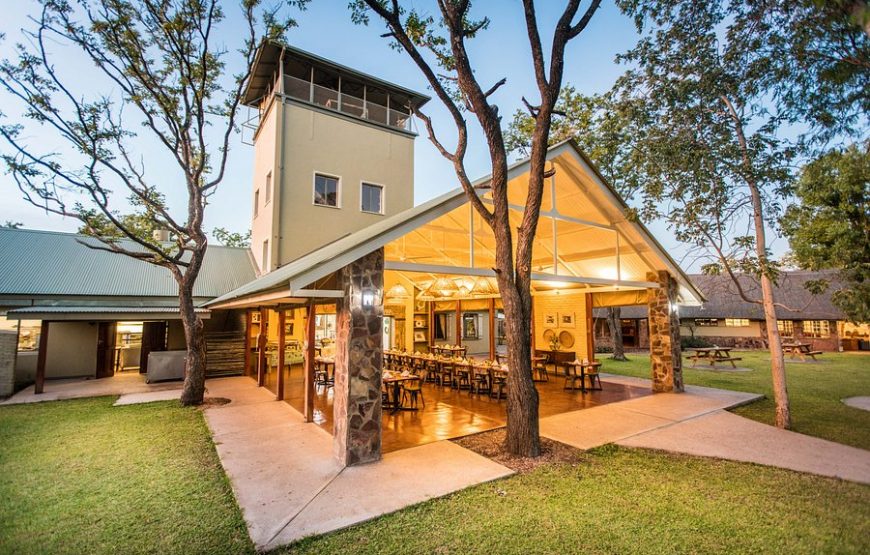 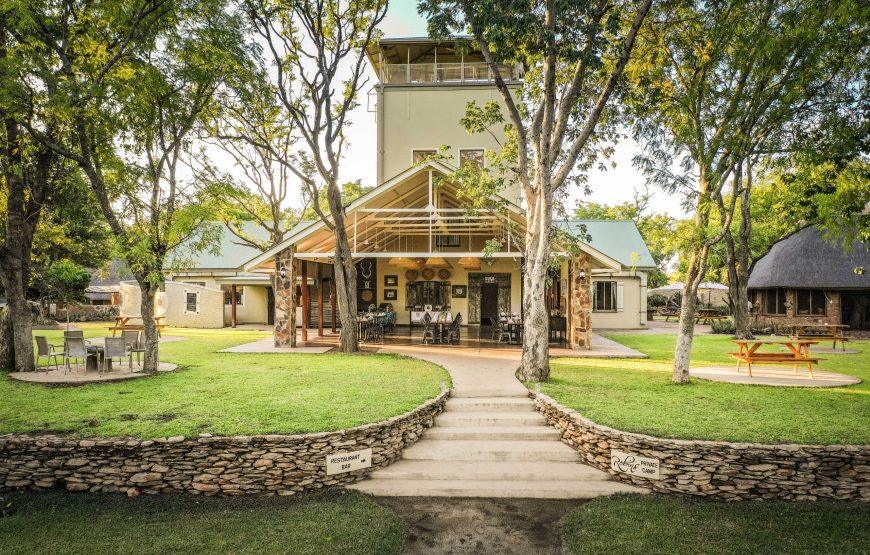 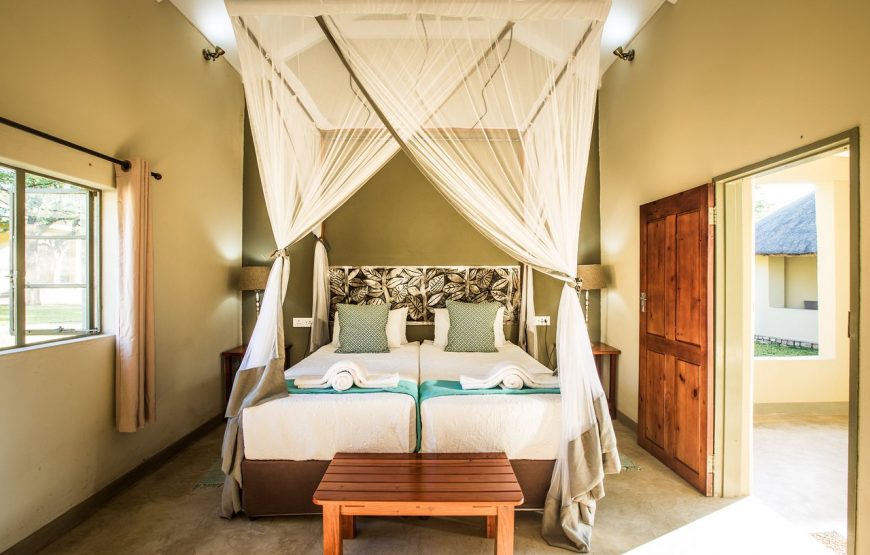 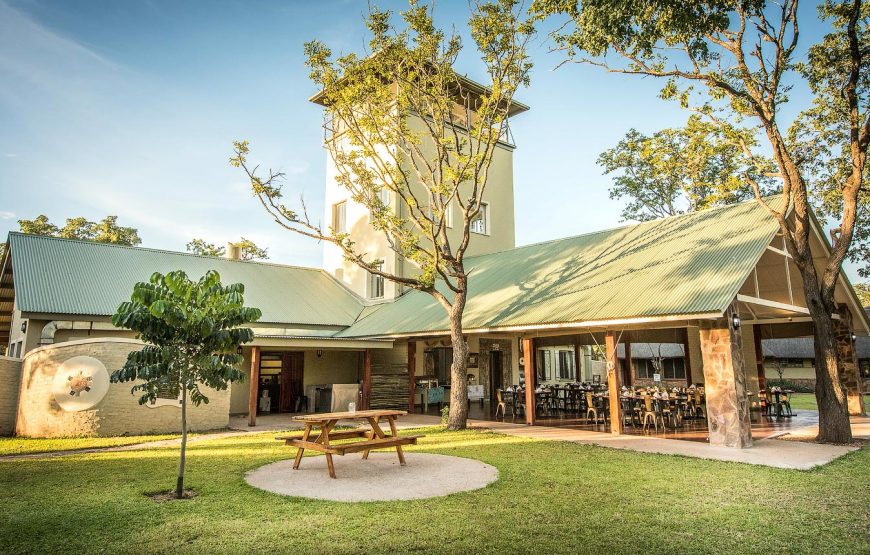 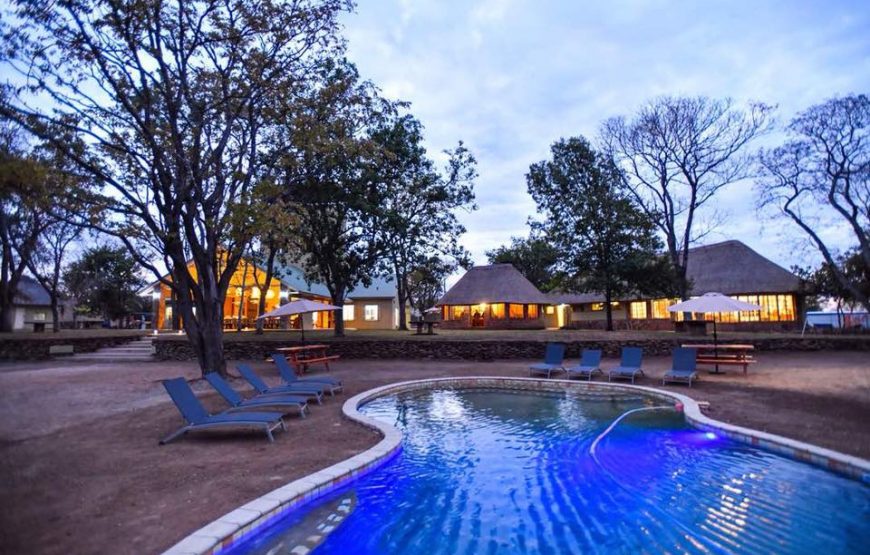 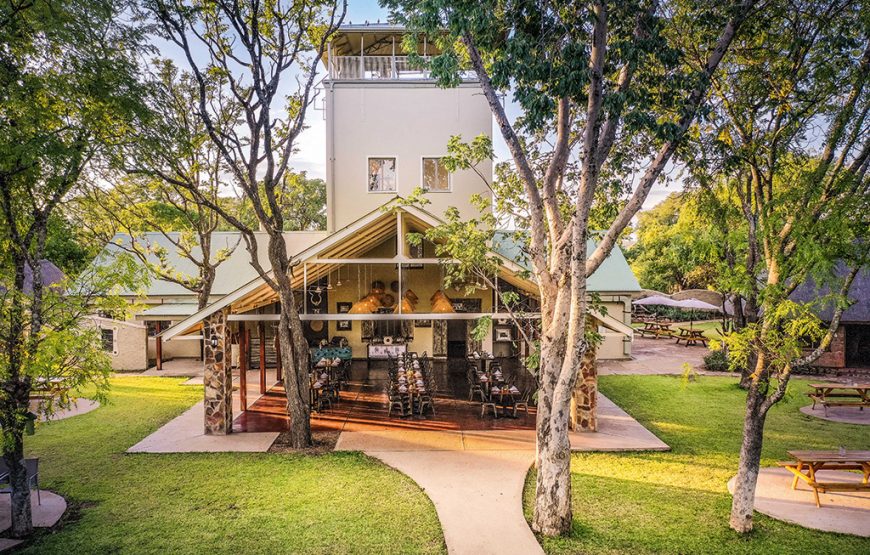 Robins Camp, now under private new management, offers an exciting revival of the iconic safari destination in Hwange National Park. Robins Camp is situated in the rugged northern Basalt area of the park, an area rich in natural water with seeps and springs dotting the area. It is the home to some of the last great buffalo herds in Africa, with herds of over 2000 still seen. Given the abundance of prey animals, it is no wonder that it also has the highest concentration of lion in the Park. Robins is also known for big populations of reedbuck, roan, sable and tsessebe as well as the usual herds of elephants and other species encountered in the Park. Particularly encouraging are the regular sightings of both Cheetah and African Wild Dog.

The scenery of Robins is varied with hills, kopjes (small bouldered hills) and vlei (grassed plains that flood seasonally) areas and has a lot to offer the wildlife enthusiast. We welcome children of all ages and guests can self-drive or choose a fully guided trip. Although wildlife sighting are usually very good in the Robins Camp area of Hwange National Park, we have no control over the animal movements – some sightings require some patience and a little luck…

The camp is named after Herbert George Robins. Robins Camp area was originally ‘Little Toms’ and ‘Big Toms’ farms. The farms were acquired by H.G. Robins in the early 1900’s. He also acquired another farm and finally had some 26,000 acres of land. He put a stop to shooting and took active steps to stop poaching on his land, which had been a hunting ground because of the large variety and number of game and developed a large private zoological park. A government gazette issued on 24th February 1928 announced that 14,600 sq. km of land was to be established as Wankie Game Reserve. Herbert’s land lay to the north of the Reserve. He was a determined defender of the Game Reserve against local farmers who urged the Government to exterminate the game and open up the country and he fought continuously for the preservation of African wildlife.

Robins studied many sciences as a hobby and was a Fellow of more than half a dozen societies, including the Royal Astronomical Society, his eccentric manner and interest in scientific instruments earned him a reputation as a recluse. He very much enjoyed his telescope and built a tower on the land and had marked on a square frame all the longitude and latitude markings.

In 1934 fearing that his land would be sold on his death to become a ‘shooting box’, he offered to bequeath it to the Southern Rhodesian Government on condition that it be maintained for all time as a game sanctuary. It is possibly the first game sanctuary, protecting animals from hunting, recorded in Southern Africa if not Africa and was bequeathed by Robins to the country on his death in 1939, with the proviso that it would always remain a game sanctuary.

In his will, HG Robins requested his body be left in the bush to be “consumed by wild animals”. His request was denied by the government and he was buried near Robins Camp where his grave can be seen today. The tower at the homestead now houses a small museum in memory of Robins and the fascinating collection found at the camp will surely be a highlight of your stay.