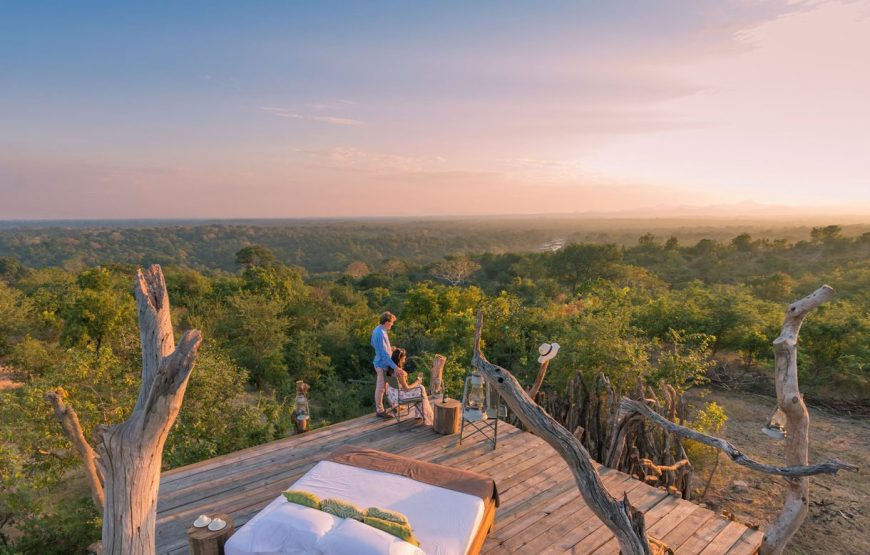 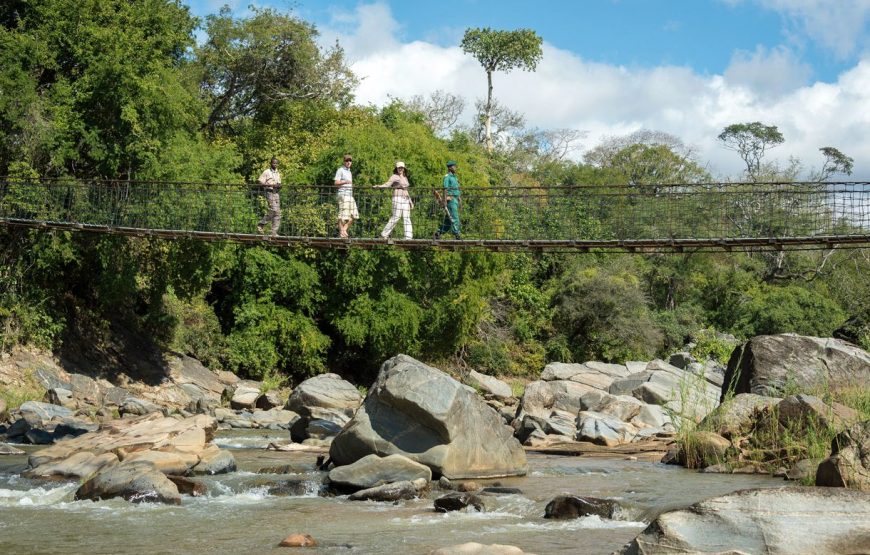 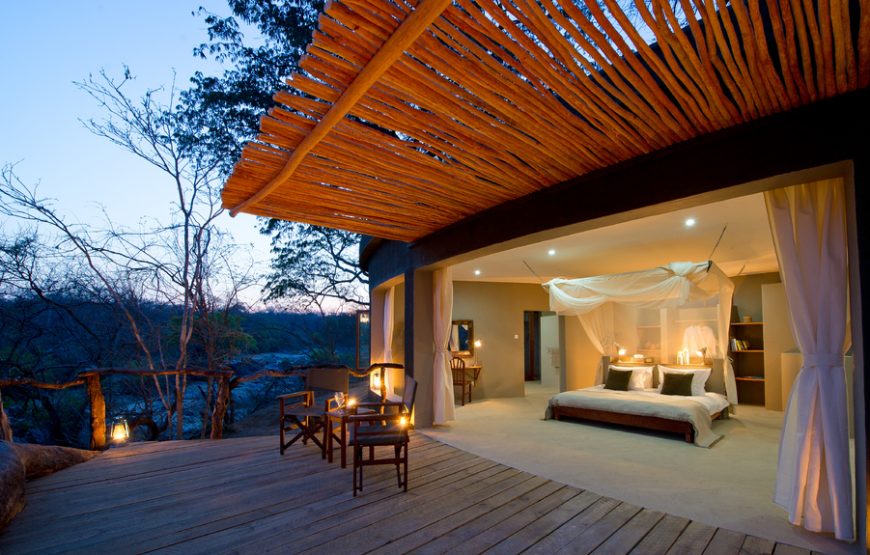 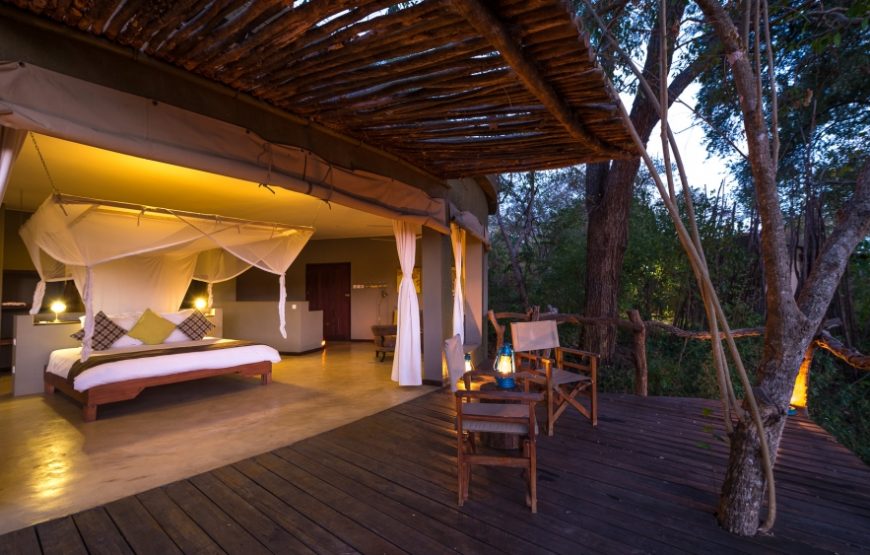 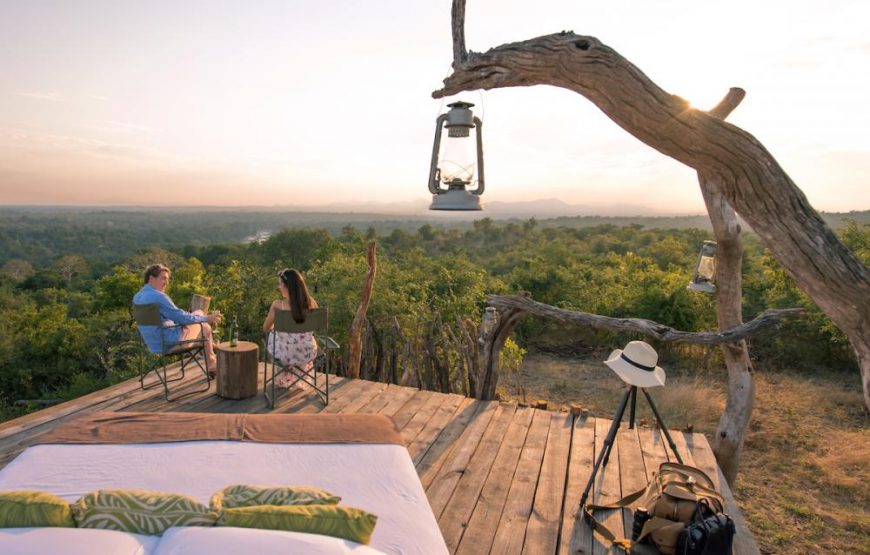 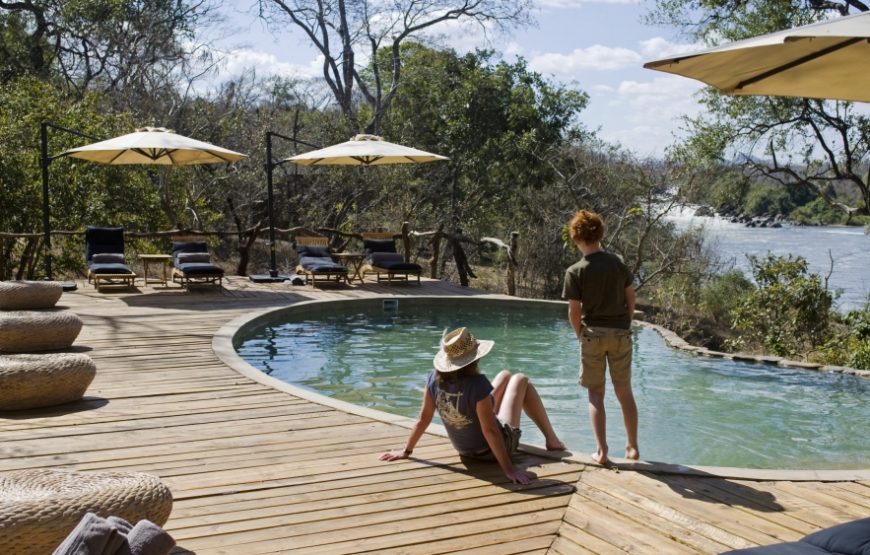 Located on a private concession within Majete Wildlife Reserve, Mkulumadzi offers guests a chic and contemporary retreat set amidst rugged and untouched bush land. The lodge, accessible by footbridge suspended over the Mkulumadzi River, comprises of eight spacious chalets, each with private viewing decks offering dramatic and unimpeded views over the confluence of two rivers, the Mkulumadzi and the Shire. The main lodge is an open-fronted space maximising the beautiful river views and taking advantage of some cool shade on the forested banks. Activities range from swimming in the pool and dining under the starts, to river cruises, game-drives and walking safaris.

There is an abundance of wildlife including the rare black rhino, lion, leopard, elephant, buffalo, Nyala, sable, eland and Lichtenstein’s hartebeest. Numerous species of birds grace Majete, including Rock Prancole, Pels Fishing Owl and more. The Reserve is an impressive example of sustainable development and biodiversity, since 2003 the African Parks Network has worked tirelessly to reintroduce endangered species and protect and preserve Majete’s flora and fauna.

Mkulumadzi is owned and managed by Robin Pope Safaris, which was founded in 1986 and known for it’s specialised and walking safaris. Standards of accommodation, hospitality, guiding and catering are second to none.