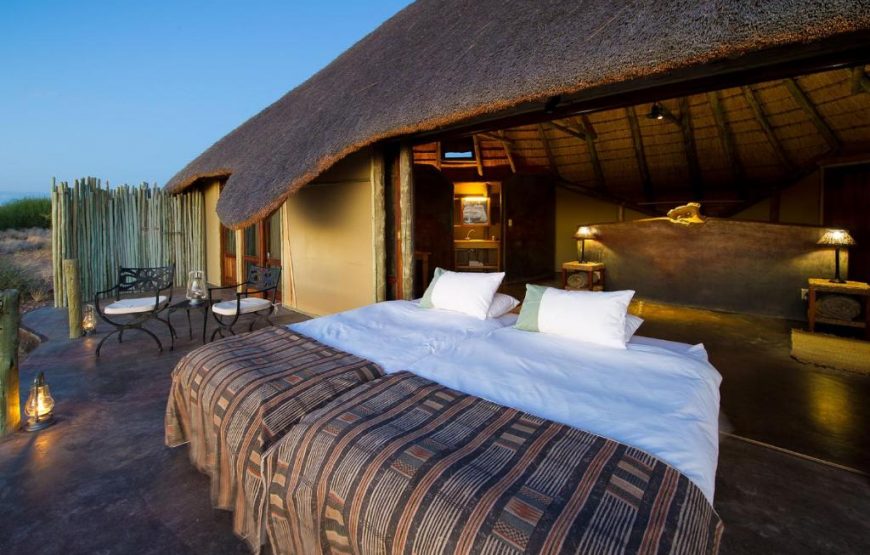 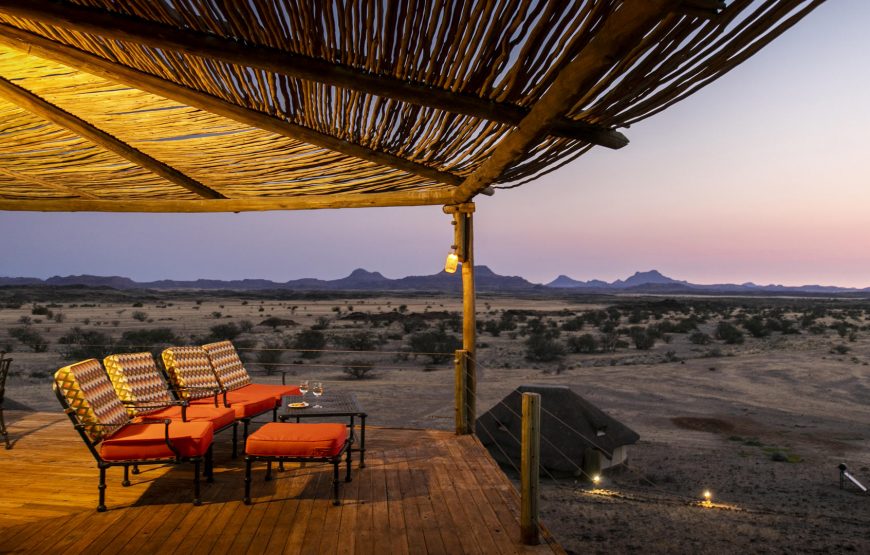 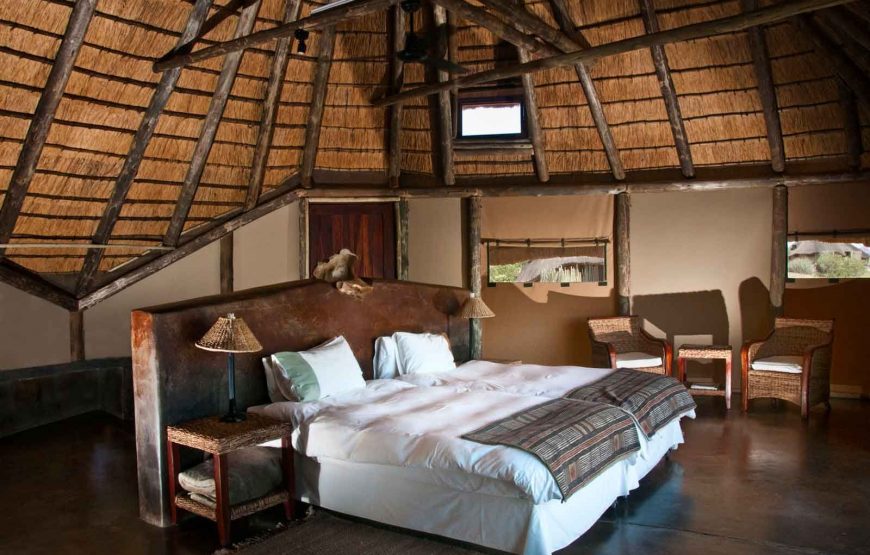 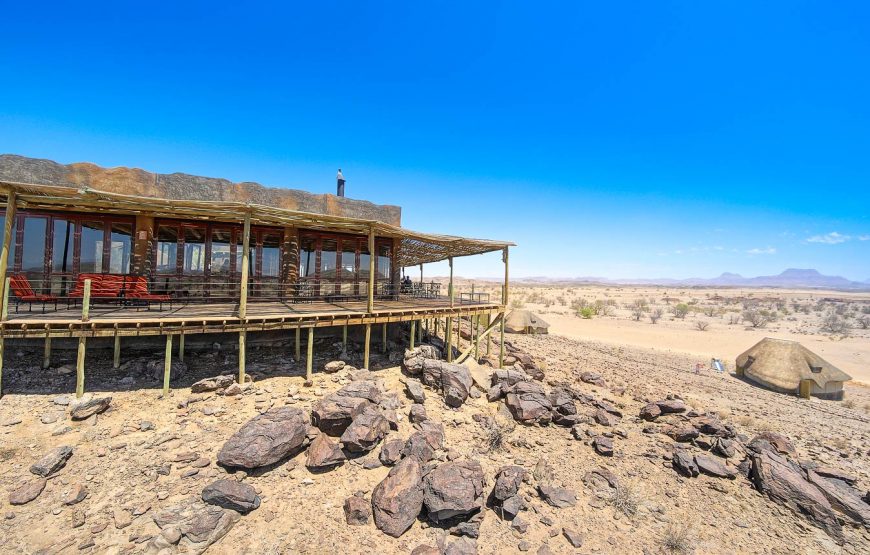 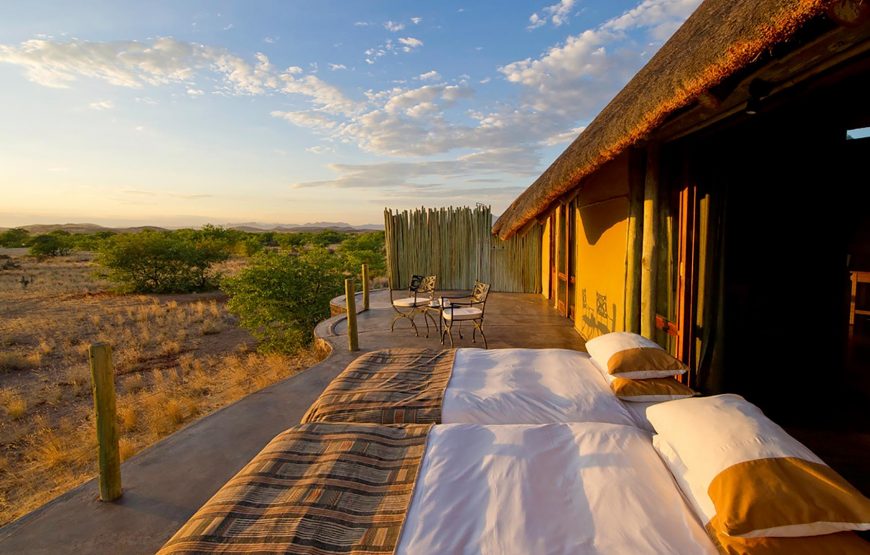 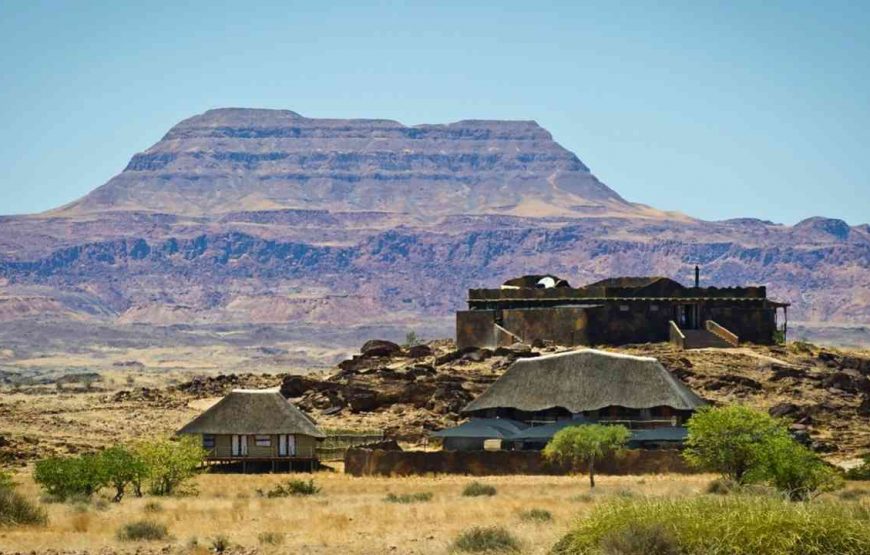 Doro Nawas – ‘the place where rhinos used to live’ in the Damara language – appears as a fortress on a rocky citadel, its main area, surrounded by 16 wood, canvas, and thatch suites, including a family unit. The camp blends with the surrounding ochres and rusts, open to the desert but with plenty of nooks for shade; an inviting pool area offers further cool respite. Each guest room comprises a bedroom, bathroom, outdoor shower, and veranda for star gazing or sleeping under the stars. There are indoor and outdoor dining areas and a small curio shop.

Doro Nawas rests on the edge of the dry Aba-Huab River overlooking ancient plains, with glorious views of north-west Namibia’s rugged Damaraland stretching in every direction. The otherworldly panoramas range from tabletop outcrops to small canyons to dry riverbeds to golden savannah.

By vehicle or on foot, marvel at how local desert-adapted creatures survive: elephants, springbok, gembok, zebras, and other species. Spot one of the endemic avian species, perhaps a Ruppell’s korhaan or Benguela long-billed lark. Drive across the plains for the astounding San rock art, including prehistoric rock engravings, at Twyfelfontein, Namibia’s first World Heritage Site. Imagine millions of years past, when the geological formations around you were formed. Watch the setting sun paint the sky orange, pink, and gold. Fall asleep under one of the least polluted skies on Earth, and a canopy of infinite stars.